10 Random (and Fun) Facts About Mitch

The first of an occasional series. Today we've got 10 things you might not know about Mitch.

1-Mitch's favorite bad movie is Manos: The Hands of Fate.


2-Mitch has read every one of the original Sherlock Holmes stories.

3-Mitch learned to ride a bike in Luxor, Egypt when he was 20.


4-Mitch has held a sea cucumber.

5-Mitch has never won a game of Monopoly or Risk.

6-Except for a brief period in 1999, Mitch has had a beard or goatee his entire adult life.

7-Despite Susan's efforts to teach him, Mitch cannot drive a manual transmission.

8-Mitch loves tomatoes in salads but hates them on sandwiches.

10-Mitch has all his wisdom teeth.

We ended the last post in this series with our engagement in May 2007. The months between that day and our wedding flew by, filled with all of the tasks that go into making the big day special. Beyond the cake tasting and dress fittings, there was finding the church, deciding on a place to live after the wedding (we'd kept separate residences before we got married), making and sending the invitations, and planning our honeymoon.

In late October 2007, a wave of immense fires scorched Southern California, filling the air with ash and smoke. However, on our wedding day in early November, the air was filled instead with butterflies, released as we left the church and entered our life as a married couple. A friend read a beautiful poem as the butterflies were released and her words encouraged everyone to send us and the butterflies out into the world with good wishes. Our wedding was a simple, elegant ceremony and a small, but joyous reception. Friends and relatives from near and far attended, and we will always treasure the love we felt that day.


Our honeymoon took us back to London where we celebrated with friends, and then to Paris by way of the Channel Tunnel. It rained all that first day in the City of Lights, but we braved the wet and the wind to find a cozy little place for dinner on the Champs Elysees. We got to see many wonderful places in Paris, all mostly on foot since there was a transit strike on when we were there. Luckily Paris is pleasant city to walk in and we did just that, from our arrival at the Gare du Nord down to our hotel near the Eiffel Tower and across the city to Saint Chapelle, Notre Dame, and the Pompidou Centre. We enjoyed a couple of marvelous days in Paris and then soon after, we returned to London, then back to our new home in Tustin.


In the years since we got married, we've had a great time enjoying lots of adventures together and many of our experiences have included familiar favorites. We've told you in another post about our shared love of books. After we were married, Mitch started volunteering to help run a panel room at the LA Times Festival of Books. We've also had the opportunity to explore our local libraries and expand our knowledge of independent bookstores in Southern California. We've shared favorite childhood stories and characters, and have built up a list of literature we look forward to sharing with our child someday.

During this time, we visited Mitch’s family in Massachusetts, and his mom has traveled to California a few times. We’ve celebrated birthdays and the 4th of July with Mitch’s uncle, aunt, and cousins in the Los Angeles area and with Susan’s family in Laguna Hills. Although we weren’t able to go together, Susan visited our friends in the UK in 2010, and we hope to visit them again soon.

We’ve also visited some new places together and made new friends along the way. Some of the places we've been are near, like the Aquarium of the Pacific in Long Beach, and some are not so near, like San Luis Obispo and Montana de Oro State Park. We even took on the 2011 Bead Shop Hop together and traveled through six different counties all over Southern California. This odyssey took us as far north as Lancaster, as far east as Palm Desert, and as far south as San Diego.

These shared experiences have brought us closer and made us even more ready to be parents. As much as we have enjoyed our adventures, we feel that we’re ready to share our interests, values, and love with a new addition to our family. One wish we sent with the butterflies released on our wedding day was our hope to start a family as soon as possible. We began our journey to become parents in early 2008, but were soon reminded that life often unfolds in its own way and at its own pace. As is probably the case with many couples, we had assumed that it would just happen as soon as we were ready. However, our efforts to start a family didn't go as planned and we struggled with infertility.

We have always been open to the possibility of adoption. Towards the end of 2009 we began to seriously explore this as the best option for us to become a family. We started learning more about adoption and meeting new people who either had adopted or were in the process of adopting. In the future we'll write more about our adoption journey and some of the choices we've made along the way.

B for Bear, C for Cat, W for Writer's Block?

The good news is that our cross-stitch project is coming along nicely. The "B is for Bear" block is done except for the finishing touches to define the bear and the bubbles. Quite a bit of work is also done on the "C is for Cat" block. The stripes are complete now and you can clearly see where the letter "C" will fit in. There's even a bit of a start to the letter and you can see the spaces where the cat's paws will fit in when positioned in the classic "Hang in there, baby" pose.

There's only six letters in this pattern and one that's missing is the letter "W". Most of the time we'd say "W is for Waiting" and of course that's still true. We are continuing to wait and we hit a particularly rough patch with the wait over the last month or so. The good news is that we seem to be coming out of it and we're starting to feel the positive energy from the start of summer. The one thing we're finding though, is that it's really tough to keep writing and that's why we've been so quiet recently. We've got a lot to say, but we really seem to be struggling to say it right now. If there was a another block for the letter "W" it seems that block should be "W for Writer's Block". We're not sure how we'd illustrate it, but hopefully this too will pass. In any case, summer starts tomorrow and we're really happy about that. We hope you are too!

Susan & Mitch
We are a happily married couple living in Southern California. Our greatest hope is to become parents by adopting a baby girl or boy. We believe in open adoption because it's very important to us that our child know his or her story from the start. Thank you for taking the time to learn more about us. 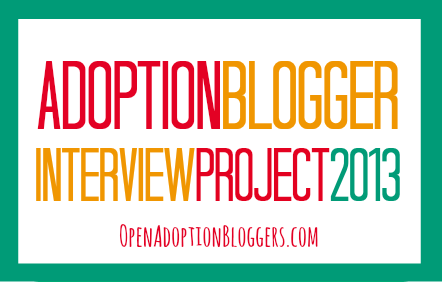